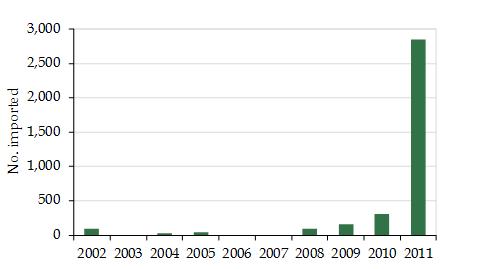 In 2011, all EU imports comprised live, wild-sourced corals (2845 corals) traded for commercial purposes; the vast majority were imported directly from Australia. EU imports of this species in 2011 were the highest over the ten-year period 2002-2011, with a nine-fold increase between 2010 and 2011. Adequate management of coral resources generally appears to be in place in Australia (see for instance SRG 64/11).